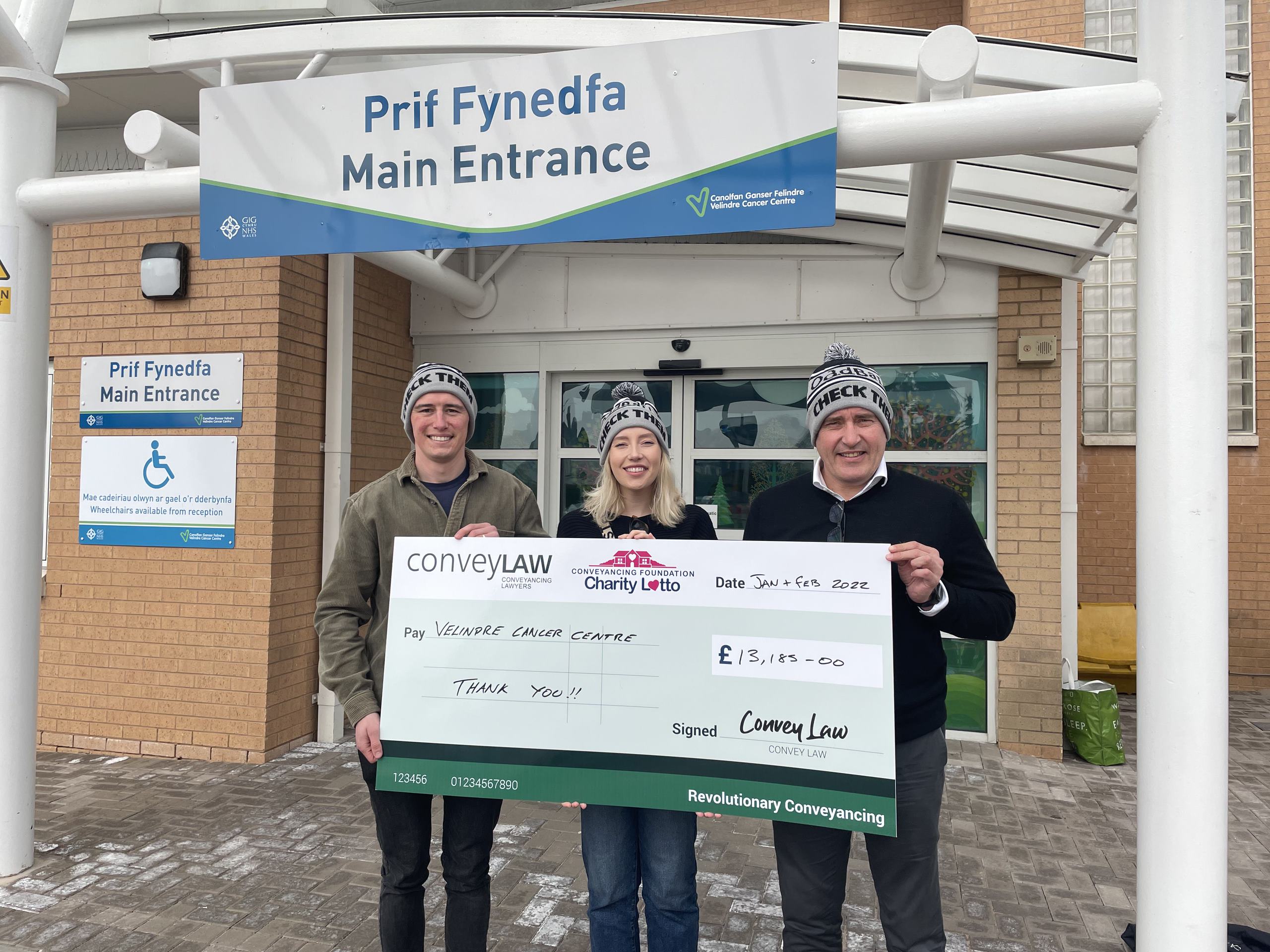 Over £13,000 raised through The Conveyancing Foundation’s Charity Lotto has been donated to the lifesaving Cardiff-based Velindre Cancer Charity.

The donation has a particularly personal link to the Convey Group as James Smith, former Business Development Manager at The Conveyancing Academy, has recently been successfully treated at the Velindre Cancer Charity Centre.

Andrew Morris, Velindre Head of Fundraising, thanked the Foundation and Convey Law for the donation, commenting:

“Please send our extended thanks to all colleagues who helped to achieve this amazing amount. We hope to see James and friends at many of our events in the future. Your support is sincerely appreciated and makes a huge difference to patients and their families.”

The Charity Lotto has previously donated £1000 from funds raised by Convey Law to Velindre, which does so much to help families from the South Wales area and beyond, after it was nominated by another member of staff at Convey Law, whose partner was treated for cancer at the hospital.

Convey Law is one of a growing number of companies raising funds for charity through The Conveyancing Foundation’s Charity Lotto where clients of any legal practice or property company can donate a voluntary £10 at the end of their transaction, giving them a chance to win £500 in a monthly draw.

The Lotto has helped companies raise over £800,000 for their chosen charities over the last decade.

All funds from the Lotto raised by Convey Law are currently being donated to the Conveyancing Foundation’s Ukraine Appeal which has already raised over £30,000 which will go to the DEC.